Foxwoods strippers Raven was at MGM Grand this past saturday night. The guys had called VIP for foxwoods strippers and he was unable to cover the party himself so we provided the entertainment for them. Raven danced for close to 2 hours for the guys. They played tons of games and took great care of her. Here is a review from that foxwoods strippers party.

“One of a kind, this girl was a 10 dude. Im glad VIP sent you guys. We will call again”

Order Foxwoods strippers this month and save $$ on the booking fee. It is our way of saying “Thank-you” for the great year we had in 2012. This is 2013 and we are gonna get even better. Our Foxwoods strippers roster has gotten bigger and better. The strippers are young, wild and fun. We have tight guidelines on our foxwoods strippers and mohegan strippers. They must weigh between 105-125 pounds. Be between 18 and 25 years old. Fun, flirty and love to party.

Don’t call anyone else. Don’t be fooled by fake pictures. Don’t be forced to give out a credit card number. Don’t miss out on our famous shows. Remember the money you save on the booking fee can be used to tip the girls, which means they will be happier and stay longer, which means a better party for you and your guests. Like i said, this is 2013 and we are the best and now we are getting even better. You can call us direct at anytime or use the form below to schedule any of our Foxwoods strippers.

Mohegan Sun Strippers: Party Group Strippers was at Mohegan Sun on July 14th. The strippers had a bachelor party scheduled at 12:00am for 14 guys. They were in a penthouse suite at the casino. It was awesome. So the strippers arrived at Mohegan Sun around 7:30pm. They walked around the casino, played a few slots, met a few guys, handed out some cards and had a couple of drinks. Typical night at the Sun. Around 11:35 they called the guys and let them know they were there and ready to party. As expected most of the crew were running around the casino having a blast, so the strippers waited for them to all get back to the suite. The party began around 12:40ish with the girls coming out in some sexy naughty girl outfits. The show lasted til about 3:30am. Since i wasnt at the show i can only share the info the best man sent me.

“Hey Anthony, thanks again man. Our night was awesome. We hope the girls had a great time as i know i did. I fully plan on referring my friends to you guys. I would love to share some of the details of our show but what happens at the party stays at the party. Hope you can understand that. I think if you ask the girls, we spent almost $1500 on them and they were wild, gorgeous and absolutely unforgettable. Thanks again”

Now that sounds like a party to me. Hell, from the way it sounds i might want one myself. All i know is, he got 1 thing 100% correct, what happens there stays there. So if you want to find out then i suggest calling me up, booking some strippers for Foxwoods or Mohegan Sun and getting the 2 freaky, fun and beautiful girls i have to offer. I will tell you these are the 2 strippers who did that show.. 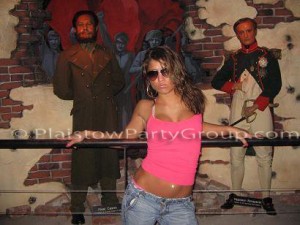 Welcome to Hardbodies. We currently have special sales at Foxwoods and Mohegan Sun for stripper parties. All of our strippers are 18-23 years old. They weigh 100 – 120 pounds. We have 0 fat chicks and 0 oldies. Our strippers are top notch quality with the best attitudes.

If you are looking to have a bachelor party or any other kind of party at Foxwoods Resort or Mohegan Sun Casino and want strippers to perform a wild show for you and your friends give us a call. Ask about our amazing 2 girl show.

Booking in advance can save you money on the booking fee, so pick up the phone and lets have some fun.